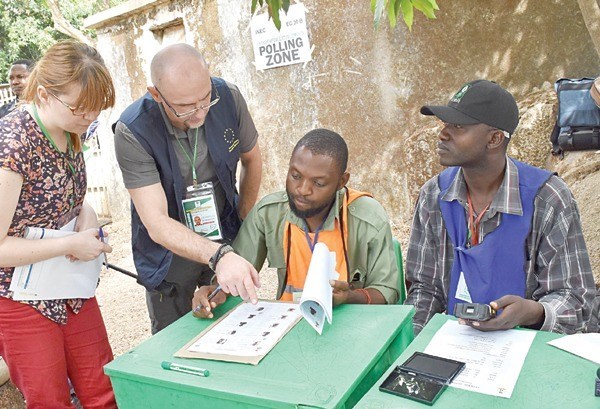 A Federal High Court sitting in Port Harcourt has adjourned till 1st of April to hear the Interlocutory Injunction seeking the cancellation of the enter process of the governorship and state assembly elections conducted in the state.

The case which was instituted by the candidate of the Social Democratic Party, SDP, in Rivers State Precious Elekema against the Independent National Electoral Commission.

Elekema and State Chairman of the party in the state are praying the court to compel INEC to cancel the entire electoral process and re-conduct fresh elections in the state.  When the matter was mentioned in court, the People’s Democratic Party, PDP, through its lawyer, M.S Awudo, had filed a motion to be joined in the matter. Read more>>>>>