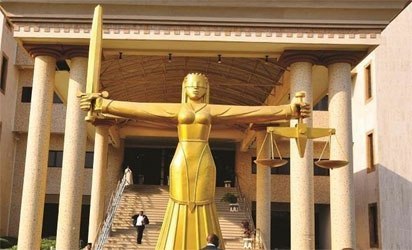 The Elections Petition Tribunal sitting in Anambra says it has received 42 petitions challenging the outcome of various elections in the state, all filed on or before March 30.

The Secretary of the Tribunal, Mrs Falilat Orire, who released the list of petitions on Tuesday, disclosed that the figure comprised eight Senatorial petitions, nine House of Representatives and 25 for the State House of Assembly.

According to Orire, Rep. Obinna Chidoka of the Peoples Democratic Party (PDP) is challenging the declaration of Mr Ifeanyi Ibezi of the All Progressives Grand Alliance (APGA) as winner of Idemili North and Idemili South Federal Constituency.

Orire said that Chidoka, who was challenging the election in the petition marked EPT/AN/HR/26/2019, included APGA, Independent National Election Commission (INEC) and the Returning Officers for both local governments as respondents.

She said that Obinna Ngonadi and his party, the Young Progressives Party (YPP) in a petition No. EPT/AN/SHA/25 was challenging Mr Smart Okafor of APGA, who was returned winner for Nnewi North State Constituency election on March 9.

“Also in the list, Paul Anyaegbunam of PDP is contesting the victory of Uche Okafor, who was declared winner of Anyamelum State Constituency election. Anyaegbunam joined the defendant’s party APGA and INEC as other respondents.

“The election of Mr John Nwokoye of APGA as members representing Awka North State Constituency is being contested by Mr Charles Okoye of PDP with APGA and INEC as respondents. Read more>>>>>