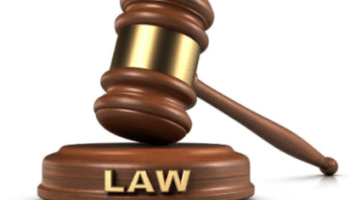 Two unemployed men were on Wednesday remanded at Kirikiri Prisons by an Ikeja Magistrates’ Court in Lagos for allegedly robbing a motorcyclist of his property valued at N259,500 at cutlass point.

The defendants, Rilwan Olabiyi, 27 and Dapo Abiodun, 23 all residents of Igando, Lagos, are being tried for conspiracy, arming self with offensive weapon and robbery.

The Magistrate, Mr J.A Adegun refused to take the plea of the defendants. Adegun, ordered that they should be kept behind bars pending the receipt of legal advice from the State Director of Public Prosecutions (DPPs).

Earlier, the Police Prosecutor, ASP Clifford Ogu told the court that the defendants committed the offence on March 12 at Egan, Igando, Lagos. He said that the defendants armed themselves with dangerous weapons and robbed the complainant, Mr Shefiu Aliu of his property.

Ogu said that the defendants flagged down the commercial motorcyclist to take them to their destination. He added that when the complainant stopped to pick them, the defendants pointed cutlass and knife on him, demanding for his valuables or they harmed him. Read more>>>>>