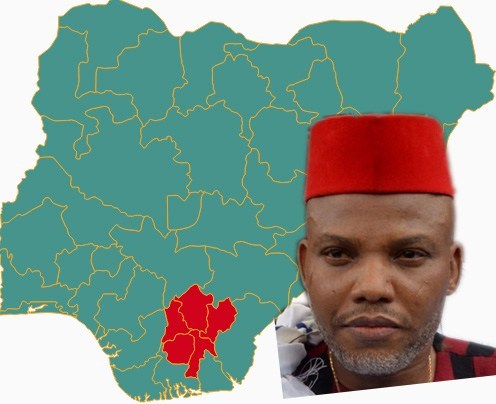 A coalition of human rights lawyers and Ohanaeze chieftains have faulted the federal government over its suspension of trial of the former governor of Abia State and senator-elect   for Abia North Senatorial District,Orji Uzor-Kalu, saying the action has further ridiculed President Muhammadu Buhari’s anti-corruption agenda.

Similarly, the groups at a press conference yesterday in Abuja, said it was   a mockery of the nation’s moral standard for the ruling All Progressives Congress, APC, to have fielded the former governor in the last   National Assembly election.

The convener of the groups, under the aegis of Concerned Igbo Leaders, Bar. Uche Nnadi, reading a prepared speech before newsmen at the event,insisted that “the sudden suspension of the trial of Chief Kalu may have further put to ridicule, the anti corruption agenda of president Buhari.”

To this end,it tasked the governnent to resume trial of Chief Kalu, saying:”There  should be no sacred cows in the fight against corruption.”

It insisted that the APC erred when it allowed Chief Kalu to fly its senatorial ticket for Abia North. “It was even a mockery of our moral standard for the ruling  APC to have fielded the former governor in the last   national assembly election in the face of his trial over alleged N7.6billion fraud .

“It is even sad that such a   person could be cleared and fielded by APC   as its standard bearer for Abia North Senatorial seat in the 2019 election,”the group emphasised. Read more>>>>>