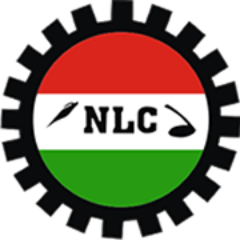 The struggle by the Organised Labour to secure a new National Minimum Wage, NMW, scored yet another success on Tuesday, March 19, 2019 as the Senate approved the N30,000 agreed by a tripartite committee set up by the Federal Government. The House of Representatives had already okayed the NMW on January 19, 2019.

After this relatively smooth and speedy sail through the National Assembly, and with the undertaking by President Muhammadu Buhari to implement it, the NMW is expected to come into effect, at least at the Federal level, within the third quarter of this year. While we congratulate the Nigerian Labour Congress, NLC, for its hard-won victory, there are many rivers to cross before reaching the Promised Land.

Though we understand the sense of euphoria and anticipation that those on Federal payroll might be entertaining, it is important to point out that the N30,000 NMW ($83.05) is only above those of Guinea Bissau ($30), Uganda ($22) Somalia, South Sudan and Zimbabwe (none). South Africa in August 2018 approved $243 equivalent NMW for its workers, which is less than that of fellow oil-producing Gabon ($269).

Compared to most African countries Nigerian workers earn slavery wages, which chiefly accounts for the rampant and endemic corruption ravaging both the public and private sectors.

With this approval by the National Assembly, the battleground shifts to the states and the private sector. Up to 26 states were owing their workers months in arrears of salaries and pensions before the political campaigns took off in November 2018 while on the old N18,000 NMW. The state governors resisted the N30,000 NMW, offering instead to pay N22,500 during the negotiations. Read more>>>>>